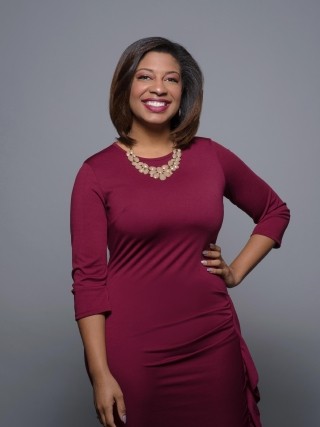 Ashley Gooden is a multi-media journalist and fill-in anchor at ABC 33/40 News in Birmingham. She joined the ABC 33/40 News team in December 2018 and has covered everything from hurricanes and house fires to rodeos and rattlesnake roundups.

Ashley was previously the weekend evening anchor at both KTAB News in Abilene, Texas and at WPDE in Myrtle Beach, SC. In Myrtle Beach, Ashley interviewed congressmen, covered stories about the opioid epidemic, and helped keep viewers updated during, before and after Hurricane Florence.

Ashley graduated from Auburn University with a Bachelor of Arts in Radio, TV, and Film. Ashley is a Birmingham native and Spain Park graduate whose family is excited to have her back home. She has family all over the viewing area.

She has a dog named Gia, loves to dance, and enjoys trying new foods, especially if they’re sweet. If you’re out and about and see her, make sure to say hello!

Ashley is always on the hunt for story ideas. If you have one to share, you can email her at amgooden@sbgtv.com.