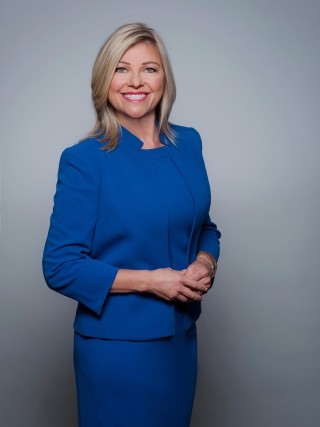 Brenda Ladun anchors the 6:00 p.m. and 10:00 p.m. News on ABC 33/40. Brenda graduated from the University of South Florida in Tampa in Mass Communications, then worked for several stations before coming to Birmingham.

She's worked in Birmingham television for three decades and she's a five time winner of the Alabama Associated Press Awards for Best Investigative Reporter and Best Specialized reporter. Most recently, Brenda won the Associated Press Award for best anchor and an Edward R. Murrow Award for a cancer special. Brenda has also won several community awards for her work with the underprivileged. She is an author and a speaker and works with the Grace House Christian Home for Girls, The American Cancer Society, as well as other community organizations.

In February of 2001 and in 2007, Brenda had the fights of her life. She was diagnosed with breast cancer and underwent surgery. She has successfully completed chemotherapy. She has made it a priority to make sure the public has access to cancer information.