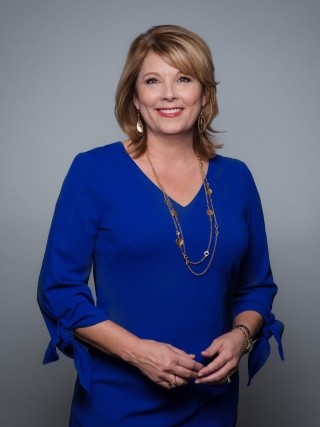 Cynthia Gould is a veteran broadcast journalist in the Birmingham market. She has spent twenty plus years covering the region's top stories including severe weather, city politics and federal trials.

Cynthia joined ABC3340 in January of 2015. She's excited to rejoin many of her colleagues from the market's original ABC station. She started as a producer where she coordinated live weather coverage for James Spann and produced newscasts for anchors Brenda Ladun and Linda Mays.

Cynthia has received numerous journalism awards over the years including Edward R. Murrow awards for Best Newscast for the "UPS Plane Crash," Breaking News coverage of the "April Tornado Outbreak" and Best Documentary for "Poison in the Air." Her reporting on the Larry Langford sentencing won an Associated Press Award. Cynthia was also part of a team awarded First Place for their "Concussion Awareness" special by the Society of Professional Journalists.

She has four children and you can find her at the ball field most weekends cheering on her team!

If you have an issue or question about the news, please email Cynthia.

Send your Fighting For You tips to Cynthia on Facebook or @cynthia3340 on Twitter. Send emails to FightingForYou@abc3340.com.