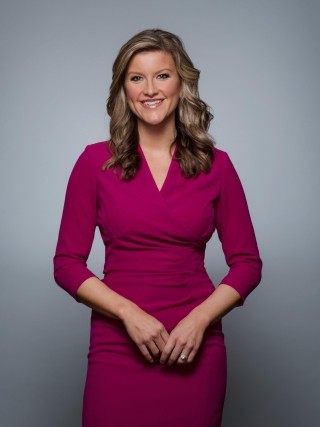 Sarah anchors Good Morning Alabama and News Midday on ABC 33/40. She joined the team in January 2011. She earned an Edward R. Murrow award for Excellence in Writing and an EMMY nomination for her series Miracle Mondays. In 2015, she earned the Judges Merit Award for reporting from the Alabama Broadcasters Association and Alabama AP Best Reporter.

Born and raised in the Magic City, her love for reporting began when she interned at ABC 33/40. After graduating from Briarwood Christian High School, she earned a degree in Journalism and New Media at Belmont University in Nashville, Tennessee. She moved from Music City to Washington DC covering stories online for the Washington Post/Newsweek Interactive site. Sarah then moved to Texas as the Weekend Anchor/Producer and Reporter at KWES-TV in Midland, TX.

Sarah is grateful to be home in Alabama and close to her family and friends who have always given her the support, confidence, and encouragement it takes to achieve a dream. In her free time, she enjoys running, hiking, spending time with family and friends, volunteering, and playing with her puppy, Tiffany. She's always looking for great story ideas - please send her an email!